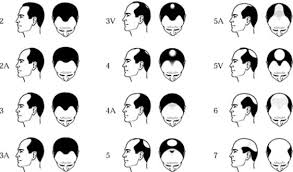 You may be thinking that both males and females have the same probability of inheriting any specific gene, however you would be wrong. Gender plays a large role in the probability of an individual’s chances of inheriting specific traits. There are three main variations of how gender can influence the appearance of certain traits: sex-linked traits, sex-influenced traits, and sex-limiting traits

Sex-influenced traits, unlike sex-linked traits, are autosomal. This means that these traits are not carried on the sex chromosomes. Sex-influenced traits are unique because of the way gender affects how the trait is expressed phenotypically. One example is the trait pattern baldness. Pattern baldness has two alleles: a “bald” allele and a “non-bald” allele. The expression of the pattern baldness gene is highly affected by hormones like testosterone. In the presence of high levels testosterone, the baldness allele has a very powerful influence. In the presence of low levels of testosterone, the baldness allele has a less-powerful influence. All humans have testosterone, but males have a lot more than females. This makes the pattern baldness trait act like a dominant allele in men and a recessive allele in women. Even if a female has two “baldness” alleles, there will most likely only a small presence of thinning hair.