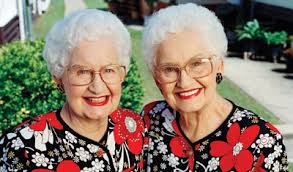 The term epigenetics refers to heritable changes in gene expression that do not alter the physical DNA sequence. This essentially is a transformation in phenotype without altering the genotype. This transformation is due to genes being switched both on or off at different times. Epigenetic change is a regular and natural occurrence, but can be influenced by age, environment, lifestyle, and disease. Modifications can be unnoticeable, such as as the manner in which cells terminally differentiate to end up as skin cells, liver cells, brain cells, and more. Modifications can also be very noticeable, such as the formation of cancer or other life-threatening diseases. There are currently three known forces that initiate the silencing of genes: DNA methylation, histone modification, and non-coding RNA. 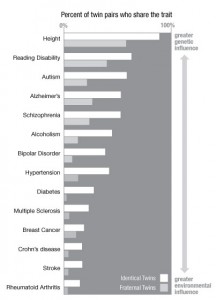 As time progresses, twins usually begin to differentiate due to the affects of epigenetics. As twins begin to live independent lifestyles, their life choices and distinct living environments slowly begin to change them into different people compared to their similarity at birth.