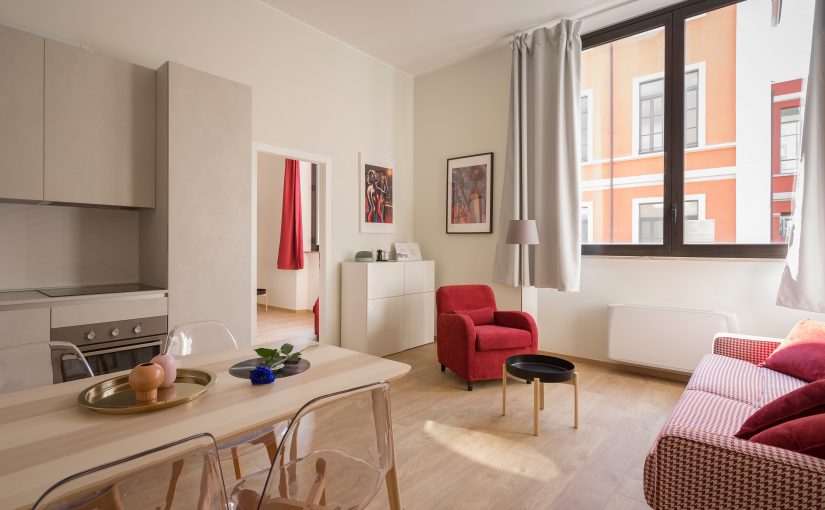 Elena sits on the couch in her apartment’s living room as she mindlessly scrolls through her phone’s contacts, deleting the multitude of people she no longer remembers off of the list. The room is small like the rest of the apartment, but the walls are covered in pictures of friends, artsy photos, and paintings that give it a lived-in and cozy feel. The door to the apartment clicks open as her partner, Ryley, comes through the door, giving Elena a wave as a way of greeting. They tiredly drop off their bag against the wall of the room before collapsing onto the couch next to her and leaning their head against her shoulder with a sigh.

“Rough day?” Elena asks knowingly, setting down her phone temporarily so she can turn her full attention to her melodramatic partner beside her. She’s simply answered with a long, suffering groan as Ryley slumps further into the couch and, in turn, her shoulder. Elena laughs lightly, patting their head in sympathy, before returning to her task.

The two young adults sit in comfortable silence for a period of time, Elena still scrolling through her contacts and Ryley seemingly content in their position leaning against her while watching her progress through half-lidded eyes. The calmness that had settled over the household is only broken by Elena as she makes a humming noise upon coming across a contact labeled “Lee”.

“Who’s that?” Ryley questions as Elena opens the contact.

“An old internet friend of mine who helped me out with some stuff I was dealing with back during the whole CoronaVirus thing,” she responds distractedly. “I wonder how he’s doing now?”

Ryley, sensing the sudden souring of her mood, sits up from their position and shifts their whole body to look at Elena before speaking. “I bet he’s doing just fine,” they say, taking Elena’s hand in theirs and giving it a reassuring squeeze. “Now, how about I order some Chinese food and you can tell me all about him over dinner.”

Elena nods as Ryley stands up from the couch with a yawn and a stretch, before they walk over to the little sectioned-off kitchen, fishing out their cell phone from their back pocket as they go. Elena watches them for a moment before she turns her gaze back to her phone. Opening up the contact in her messages, she sends a quick text to her old friend and then turns off her phone. Whether he responded or not was now out of her control. With a sigh, Elena stands up as well and tucks her phone into the front pocket of her hoodie with a melancholic smile. As Elena heads over to the kitchen’s counter to sit on a stool while she waits out the food, her mind can’t help but wander to her past.

It had all started while in quarantine during the CoronaVirus pandemic. Elena was spending her days sheltered in her room, hiding away from her arguing parents and trying to block out the world with her music and whatever she could find online. While scrolling through a forum of some show she was binging and participating in conversations and arguments alike, she came across a specific person who she ended up chatting with for a long period of time. They swapped theories and complained about plot points, quickly becoming fast friends. At the end of their exchange, they had deviated far from their original topic and decided to give each other their Instagram accounts so they could continue their conversation in private.

Elena and the person who she had learned was named Lee continued to talk, and the conversation quickly devolved into sending dumb pictures back and forth to make each other laugh. The conversation continued on like this until Elena was interrupted by a loud pounding on her door.

“Dinner,” her mother said gruffly before her footsteps retreated back down the stairs. Reluctantly, Elena sent a message to Lee saying she had to leave for dinner and resigned herself to yet another meal filled with passive-aggressive comments and judgmental stares. Her phone dinged once more as she was leaving the room, but she barely registered it as her mind was plagued with the worst-case scenarios that were guaranteed to come with her family meals.

As weeks passed the two high schoolers grew closer as friends, becoming more and more comfortable with each other until they were FaceTiming almost every night. On these FaceTimes Elena listened as Lee regaled her with the things he and his family had done that day to keep each other occupied while trapped inside, and Elena shared screenshots of the conversations she and her friends had in their group chat. These calls were the period of the day that she looked forward to most. When she could escape out from under the mountain of pressure placed on her by her parents’ weighty expectations and just spend the time laughing and enjoying the company of a friend. Sure, Elena had her other friends that she spent time with over the quarantine, but there was something oddly comforting about being able to put on a front of carelessness that she wasn’t able to achieve around the people she knew in real life. It was freeing for her.

One night during one of these routine FaceTimes Elena noticed immediately that there was something wrong with Lee. He had this anxious look in his eyes and he barely reacted to anything that she said to him. However, before she was able to confront him about it, he blurted out, “Am I one of your friends?”

“I mean it’s kind of a stupid reason, but I’ve never really had any close friends before.” He shrugged while looking away from the screen self-consciously.

“That’s not dumb,” she said with a frown, “besides, whoever doesn’t want to be friends with you don’t know what they are missing. Who doesn’t love someone blowing up their phone at three o’clock in the morning because he forgets about time zones?” She smiled as that pulled a huff of laughter from Lee.

“Of course,” she replied, then, trying to lighten the mood further said, “Any other crushing insecurities you have to share with the class?”

“Not unless you have any,” he teased in return.

“Not tonight, but check back in tomorrow.”

For the rest of the call everything returned back to normal, but the next night Lee took her joking suggestion to heart and checked back in on her. After some persuasion, Elena ended up spilling everything about her parents to him on that call. She explained how with every action they seemed to undermine all of her accomplishments under the guise of just looking out for her. She complained about how they constantly argued amongst each other until either one of them stormed out of the house, or until they refused to utter a word to anyone for the rest of that day. She especially vented on how frustrated she was that they disapproved of her friends and her vocal personality, saying that she would ‘offend others that thought differently’ and that she should ‘be more ladylike’.

By the end of her rant, Elena had felt a harsh pressure behind her eyes and the stinging of tears that threatened to escape. Stubbornly pushing the feeling back, she returned her focus to her phone where Lee had sat there listening quietly and attentively as she talked. When he saw that her gaze was now on him once again, he smiled sadly. “Have you told any of your other friends about this?” he asked.

“I don’t want them to think differently of me. Besides it’s not that big of a deal, it’s just the normal teenage angst that I’m blowing way out of proportion,” she reasoned.
Lee frowned before saying, “It is a big deal if it’s affecting you this much, and I’m sure your friends would agree with me if they knew this is how you’ve been feeling,” he paused, “How about I make you a deal?”

“After the quarantine is over I’ll start trying to branch out more and make some friends that live nearby, but only if you promise to tell your friends what’s happening at home. Deal?”

Elena swallows the last of her Chinese food as she finishes telling Ryley the story. By this point Ryley was sitting on the stool next to her after they had paid the delivery man at the door, and they had finished their food as well. Ryley had worn a thoughtful look on their face as they listened to Elena talk, and now they smile softly.

“Seems like you’ve upheld your side of the deal, huh?” they say, grinning and gesturing to themselves and then around to the apartment that clearly lacked any mention of her parents.

“Seems so,” she smiles, “he was too last time I checked.”

Ryley’s Cheshire-like grin softens, and they reach for the containers on the countertop, picking them up, and moving to throw them away. As Elena watches them fondly, she feels a buzzing from her pocket. Startling, she fumbles for her phone where a notification now lights up the screen from someone labeled “Lee”. Elena grins and opens up her phone where a picture appears in front of her. In this picture there is a young man surrounded by a group of six people all making stupid faces into the camera and laughing. Their eyes are all holding mirth and their arms are around each other as they all cram to fit into the frame.

As Elena feels the arms of Ryley wrap around her shoulders from behind, she snaps her own photo of the two of them together and sends it off with a nostalgia-filled smile. With that done, she shuts off her phone, and Ryley gives her a quick peck on the cheek before Elena stands up and they both head off to bed, their hands linked together as they walk.