Genetically modified organisms or “GMOs” are the way of the future. Imaging plants that won’t die from drought, won’t be eaten by insects, and even plants that hold nutrients that they would naturally have. With GMOs this is all possible. Scientist have found ways to take good genes, from species like bacteria, and put them is plants such as tomatoes and corn. The bacteria could have a gene that produces a protein less desirable to insects. If this gene is added to the DNA of a plant which is eaten by insects this could help save vast amounts of crops around the world. And the best part is that you would only have to add it to the DNA once. From that generation forwards the gene would be created as if it had always been part of the DNA. With the tampering of nature come some risk. Some people do not trust plants that have been genetically modified. Although numerous test have been done by the U.S. Department of Agriculture and it has been proven that there is virtually no risk to the human consumer. GMOs have become a big part of life, in plants like soy, corn, canola, and sugar-beets over 80% of the crop yields are from GMO plants. 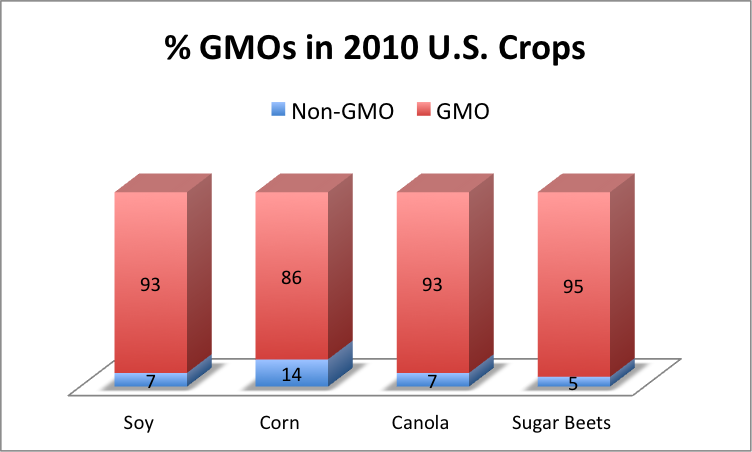 To get to reference and graph source click here.