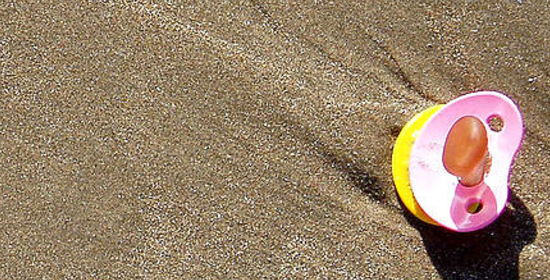 She sat. Correction: she laid. She laid sprawled out on the twin bed like Nathan had shot her with his toy gun again. Her eyes were closed, and then open, and then closed, and then open, and so forth until they remained closed. She wasn’t asleep. Her eyes were closed but her mind was open, her brain vivid with thought, with ideas, with memory. The hope she once held had long ago drained from her system, slipping through the rungs of her grate and dripped, every drop, until it was pooled around her. It was drowning her. It was drowning her but the rest of them seemed to be floating. Buoyant. Her mother tried to get her to open up, to talk.

We can get through this together, she said.

As a family, she said.

Talk to me, She said.

Her family wanted her to float with them. She wanted to pop them and make them sink under with her, make them realize how they should be feeling. How they should be swamped in the tragedy and the hopelessness of it all. But they didn’t feel it. They kept pushing it away, they kept drowning her. They weren’t even a family. They couldn’t be. How could her mother, her father, her everyone, move on? It felt like they had boxed him up with the books and the stuffed giraffe and put him the storage shed. She couldn’t do it. She couldn’t tear him from her frontal lobe, she couldn’t put him where everyone else did. She wasn’t in denial. She was in pain. The pain pulsed through her body and pushed out the hope she had so naively tried to hold onto. It pulsed through her capillaries, her veins, her arteries. It pulsed through her heart and her lungs and her liver. It pulsed through her stomach and up her esophagus and past her jaw and tongue (syntax). It came in waves, every day. It came in waves until every drop had come out. Even when she was emptied of hope, her body kept trying to rid itself of anything resembling it–faith, desire, optimism, love–and was starting to replace them with pain. Pain and despair and confusion and truth.

It wasn’t anybody’s fault but his own. If you needed to, you could blame the binky, but it was his attachment to it that kept it in his mouth, even at four years old. It had a dull silver color with a limp yellow handle. The rubber part that goes in the mouth had tooth imprints on every part of it, and if you didn’t know any better, you could almost assume that it was manufactured like that, with a bumpy texture and everything (diction). She was always worried about the binky. She even looked up when babies are supposed to stop using them. Two years old. Two years old, she told her mom. Four, maximum, so it doesn’t cause dental problems. He’ll grow out of it, was the response. Four years old. Sure enough, four years old and the binky wasn’t in his mouth anymore. It was in his throat.

When her mom got pregnant with Nathan, she was thirteen. She didn’t want a sibling. She liked her life. They lived in a house just big enough for her simple family. She couldn’t stand it when she woke to the sound of her mother hurling into the toilet bowl, every morning for two months. She still hates the sound of people retching. She hates the involuntary gags and the hiccups, the rush of the bile in the throat and the splatter of whatever landed in the water, the whoosh of the water spinning, the evidence disappearing down the drain, and the tangible silence of the relief and regret. She hated it. It repulsed her. It repulses her that now she’s the one hurling, it repulses her that she’s involuntarily becoming the part of her mother that she once despised. They got Nathan out of her mother. She hates that she can’t get Nathan out of herself. She hate that she can’t get the pain out of herself. She hates that she doesn’t want to get him out of herself and that she doesn’t want the pain out of herself. She hates it (anaphora). When Nathan was born, she didn’t hate him. She hated that she loved him (paradox), yes, but she loved him nonetheless. She loved him more than her mother did.

She opened her eyes and stood up. She straightened out the jungle-themed duvet and fluffed up the pillow at the head of the bed. She walked over to the window, overlooking the front yard. The sun hit her eyes and she squinted, pulling down the shade. Conscious of the shift in her stomach, she looked at the clock. 5:24 pm. She padded across the room, her footsteps heavy but mute. She barely seemed to weigh anything these days. She reached for the doorknob, but as she grazed it with her chewed-on nails, she stopped. She looked down at her sock-clad feet and moved the left one, revealing what had stopped her. It was a binky. It had a dull silver color with a limp yellow handle. She picked it up. The rubber was perfectly intact: smooth and oblong and clear. It smelled like machines and packaging. She closed her eyes and put it against her lips, dry and sealed shut from idleness. Then she opened her eyes once more, opened the door, and headed to the bathroom.

One thought on “The Binky”