Crime scene management and evidence collection is crucial to the investigation of a crime. I have learned the steps taken by the law enforcement to keep the scene safe and untampered with. For example, a murder occurred. The first action is the arrival of the police. The police will block off a large radius of the scene for further investigation. All unauthorized personnel will be asked to leave the area to collect the right materials needed to solve the crime. Photographs, videos, sketches, and detailed notes will be taken by the 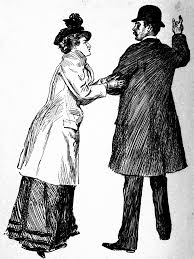 enforcement to ensure the evidence is collected properly to retrace steps later on in the investigation. The evidence is to be left in the original condition to ensure the correct evidence during the crime. Some of the most important pieces of evidence include the murder weapon, the victim, and DNA. Precautions are always taken by the police to ensure the evidence is collected and in original condition. I believe it is important to collect the correct evidence to increase the odds of capturing the guilty. Fugitives rarely leave no evidence at the scene of the crime. DNA is all over from the saliva when you talk to your hair that sheds. Most criminals do not notice these links used to solve a mystery. I believe it is possible to commit the perfect murder however, it must be well thought out and the chances for a mistake to be made are probable. Nearly all criminals are caught due to the mistakes that they thought were minor. Their minor mistakes are the crucial pieces of evidence found at a crime scene. The evidence is found because of the specific steps taken by the law enforcement to ensure families will receive closure.