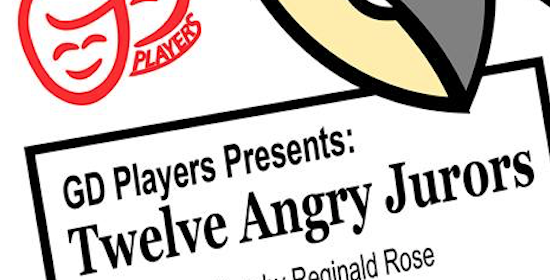 The GD Players have been working tirelessly on their 2017 fall play, Twelve Angry Jurors. This grippingly intense production, written by Reginald Rose and directed by Chris Olson, centers around a jury deliberating the case of a family murder. A teenage boy, accused of killing his father, faces our 12 jurors. If they see him to be guilty, he risks a possibility of the death penalty. If innocent, he goes free. Initially, it is seen to be a cut-a-dry case with 11 of the 12 jurors in immediate agreement that the boy is guilty. 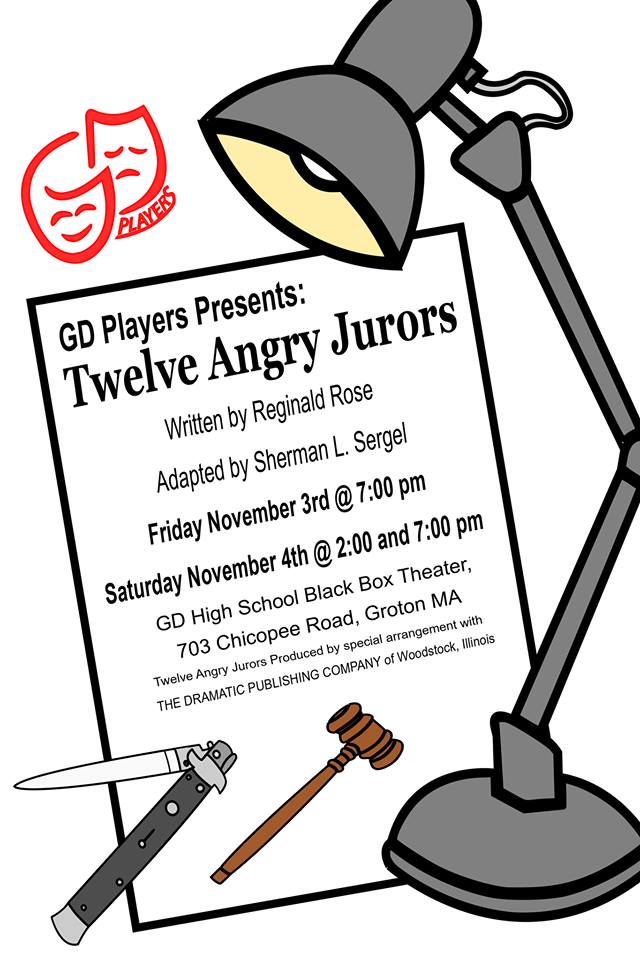 It is one brave juror (portrayed by Naomi Young ‘19) that chooses to take a stand and votes innocent, forcing her fellow jurors to look beyond their initial reactions and study the facts of the case. Chaos ensues in their tight little room as personal issues and prejudices quickly cloud their ability to reach a unanimous decision. We chose to set our show in 1968 Boston, and audience members are invited to learn more about the history behind our decisions during intermission, as we will have student-made display boards posted all around the common room.

Our actors bring the same fierce tension that fans of the 1957 movie (titled “Twelve Angry Men”) know and love, and our tech team has been working day after day, putting together outstanding costumes, set pieces, and props. 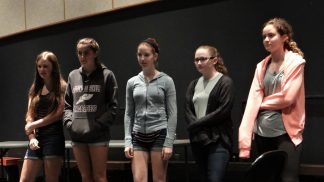 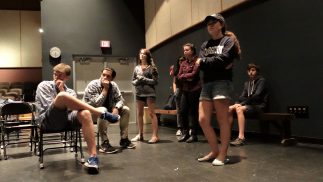 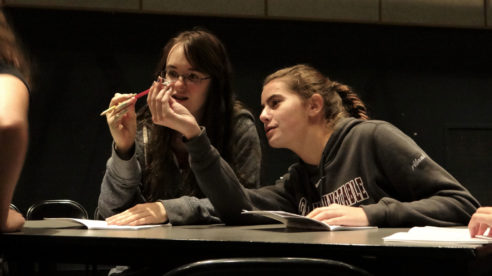 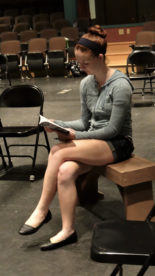 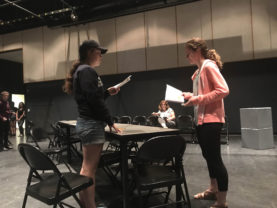 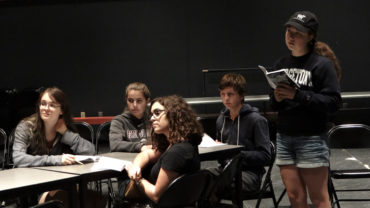