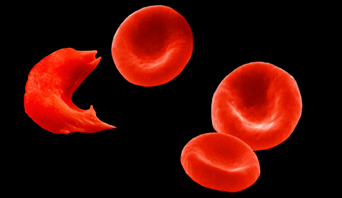 There are five main characteristics of autosomal recessive traits that help identify the type of inheritance. Both males and females have an equal chance to be affected by the genetic disease and its is commonly found between siblings however, the parents are rarely affected despite passing the gene mutation. All offspring of carrier parents will carry the gene mutation, carriers are usually unaffected by the disease, and if a child is born to two carrier parents and is not affected then that child has a ⅔ chance that he or she will be a carrier.

This could easily be related to case studies and labs that we’ve done in class in the past few weeks. In the case study about sickle-cell anemia the child had the active genetic disease however, the two parents were carriers but had not been affected by the disease. The case study supports the characteristic of autosomal traits that the two parents could have the disease in their genes and not have it as an active disease but their children could be more than just carriers and actually be affected. The fact that the disease is typically shared among siblings supports this characteristic as well as two carrier parents will pass down the active gene two thirds of the time although all will be carriers. In the dragon genetics lab there could have easily been a genetic mutation in the child’s DNA if one of the parents had a disease. In my lab the father’s set of genes had a mutation where an allele was missing and once the DNA was combined to form the new DNA the child had the genetic mutation as well. This coincides with the fact that all offspring of affected parents will be carriers of the genetic disease as well.