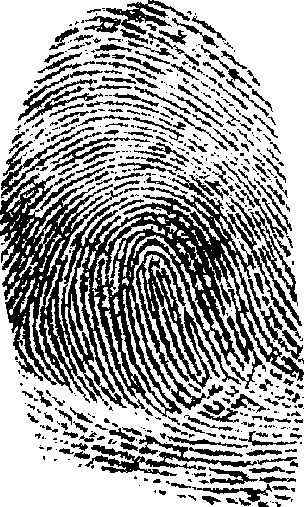 The Shirley McKie case took place in 1997 when a police woman named Shirley McKie was accused of leaving a fingerprint at a crime scene and denying it. The conflict arose when the investigating team found her print when she and her police team were investigating the death of a Marion Ross in Kilmarnock, Scotland. McKie was an important witness in the case against David Asbury, the suspected murderer, whom she arrested. She denied having ever been on the premises of the crime scene, even though “her” fingerprint had been found at the scene.

Months after the trial, she was arrested and accused of perjury because her print seemed to match one of the ones identified from the scene. This would mean that she was lying under oath and could be severely punished. The identification was made by the staff of the Scottish Criminal Record Office and used as evidence in the investigation and the trial against Shirley. The defense called many experts from all over to come and investigate this print, and they all said that it did not come from McKie. She was saved from 8 years in prison because of the testimonies two expert witnesses named Patrick Werthiem and David Grieve. She was released and should have received a formal apology and rehabilitation, but the latter two never happened.

Both sides of the case employed only foreign experts because the none of the UK experts were allowed to give their opinion. This is because the experts in the United Kingdom were suppressed with threats of disciplinary action and a loss of their jobs if they did expose the truth. After three years of being campaigned against, the scottish authorities were forced to examine the print again and reluctantly concluded that the mark was not made by Shirley McKie. David Asbury was also released because his fingerprints were also examined and found that he was also innocent of the crime. The Scotts still have not admitted openly to both mistakes and they are still sore over this. Dozens of experts worldwide have examined the prints and all of them say that they do not match that of Shirley McKie.