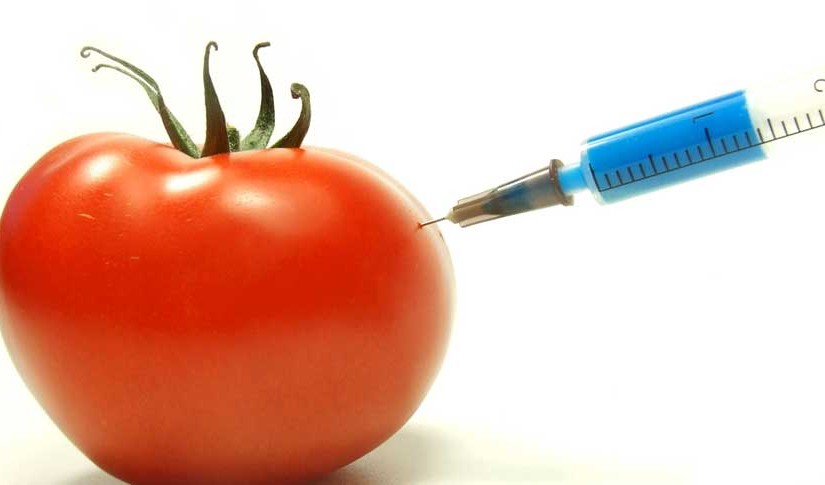 In the past several years, a new technology has arisen known as Genetically Modified Organisms, or GMOs. GMOs are organisms that have had their genetics purposefully changed by humans in specific ways. This is different than selective breeding where the genetics are changed slowly and imprecisely. GMOs are also different because the introduced genetic code does not need to come from the species. A famous example is the introduction of antifreeze genes from a winter flounder being introduced into tomatoes as a way to lessen the affects of colder temperatures. There has been considerable controversy over GMOs as people begin to question the safety towards humans and the affects they have on ecosystems. The common debate is over the introduction of Genetically Modified Crops such as the above-said tomatoes, though there is some recent concern over modification of human genetics. These debates leave huge questions including; what are GMOs, are they healthy to humans, what impact do they have on ecosystems, and what should be done about them?

Genetically Modified Organisms are organisms that have their genetic code directly manipulated by humans for a specific goal or purpose. GMOs are often developed in biology labs by research institutions or biotech corporations. Scientists will isolate a specific DNA segment from on organism then implement it into another organism’s genetic code. Modifying organisms in this way has been used many times in research techniques aimed towards understanding genes and what specific genes do. The more controversial uses for this is in the development of Genetically Modified Crops, crops with modified genes aimed at “improving” the crop, and Human Embryonic Research, modification of human embryos.

The main controversy of GMOs comes from Genetically Modified Crops (GMCs), crops that have been modified to behave in a different pattern than normal. The most famous example comes from a GMC commonly referred to as Golden Rice. In many parts of Asia, rice has become the main staple of food for most people. Problematically though, there is very little B-Carotene in the edible part of the plant. B-Carotene is used by the body to produce Vitamin A. Vitamin A deficiency leads to development problems, particularly in the lungs, immune system suppression, and blindness. To combat the increasing number of people suffering from Vitamin A deficiency, scientists took a gene from daffodil, used to produce B-Carotene, and put it into the rice, allowing it to contain B-Carotene in its grain. This was heralded as a breakthrough in science and significant progress towards development of treatment options for Vitamin A deprived people in developing countries. More recent progress utilized a gene from maize to produce a variation that is 23 times better at producing B-Carotene. There has been much debate and research into the safety of the crop only to find it has no negative impact on human health. Others have attacked its potential risk to the ecosystem, only for research to show it is no different than normal rice. Golden Rice seems to be an incredible leap forward into the introduction of safe and healthy GMCs to the world.

The problem with Golden Rice is not the science, safety, or health risks. Golden Rice is a completely viable supply of B-Carotene, and by extension Vitamin A. The problem with Golden Rice is that it only solves the problem from a scientific point of view. In the 1960s and 1970s a phenomenon known as the Green Revolution was striking countries in Asia such as India and Thailand. These countries were introduced to new agricultural systems that increased crop yields from crops like rice and wheat. The Green Revolution is largely credited in saving over a billion people from starvation. Norman Borlaug, the “father of the Green Revolution,” even earned the Nobel Peace Prize in 1970 for his involvement in it. What is often overlooked, however, is the overall reduction in vegetables being produced in these countries. Vegetables are often a valuable source of B-Carotene as well as other vitamins and nutrients. In reducing the production of vegetables to produce more grains, these countries lost a major source of vitamin and nutrients leading to many deficiency-related problems. Introducing Golden Rice will only solve one health problem and will not solve the overarching social problem of the lack of variety in diet. By saying the problem is solved when we introduce Golden Rice, or any other partial solution, is that we will then ignore the larger social problem that is causing the lesser problem.

I have no argument against a GMO that is well tested for health and safety, but we must make sure that the introduction of GMOs is solving the entire problem, and not just a single symptom. Genetically Modified Organism is an increadible vague term and it is uniustified to declare all GMOs as either good or bad, each must be evaluated on its own, but we must ask if a GMO is the best solution to a problem and to avoid, as my dad likes to call it, a half-assed solution.

GMOs, like all scientific advancements, is never good or evil, it just is. We as humans must determine if it really is the correct choice before implementing it. As Professor Farnsworth says in the episode “That Darn Katz!” of Futurama, “technology isn’t intrinsically good or evil. It’s how it’s used. Like the death ray.”