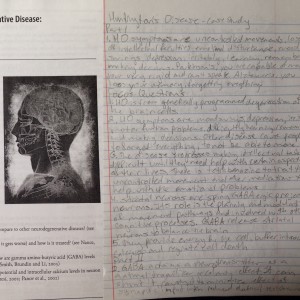 This case study is about a autosomal dominant disorder called Huntington’s Disease. We read about a woman in college who’s uncle was diagnosed with this disorder and she wanted to find out more as well as if whether or not she could have the disorder as well, since it doesn’t show up until later in life. Huntington’s causes neural cells to die and neural function to become lost.