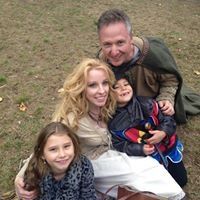 As my brother and I came home from school we went to do our homework. After  20 minutes passed. I have finished my long writing piece that I didn’t finish in class that day. As I came walking up the stairs as they squeaked.I heard a sound of this dropping on the floor coming from my brother’s bedroom. “What happened?” I thought to myself. “Did he fall out of his chair or something?” I opened the white wooden door to my brother’s room.

I walked into his room. He was sitting at his desk with his homework spread out and a picture book in his lap. I noticed the book he was supposed to be reading for school was on a chair by the door.

I noticed that he was looking at a blank lined piece of paper and looking at the pictures in the books. I began by saying “ You are supposed to be reading and doing your work.” I started to raise my voice at him because I was frustrated with him since he is supposed to be doing his work. I walked over to the brown desk that he was sitting at and took the blank piece of paper that is in front of him.

As I was doing  that he began to take the piece of paper out of my hand.

I say “ Why weren’t you doing your thing like you were supposed to?”

He began by saying “ Why do you want to know?”

I replied by saying “ I know for a fact that our parents would be asking the same question as I just did.” He looked at me as if I didn’t know what I was talking about.

Then he said, “ You aren’t the boss of me! sobbing.

As he was looking at me and saw that I was grabbing the blue covered book out of his hand. He let go of the book and I put it on his bed. Then I took the paper and began by ripping it. His face started to turn bright red. He raised his shoulders and clinched his hand making them into two fists. I could see that there were tears in his eyes as I was ripping the paper in half.

I stopped ripping the paper. I now felt bad about what I was doing to him.

She said “ What is all the yelling? Why are you crying?”

After a little bit of talking we both got corrected after we both said our sides of the story. I left the room and went back to my bedroom. I don’t know what my brother did next, but I felt nervous. I wondered what my parents would say when they got home.

When my parents got home from the long day at work. We sat at the dining room table. “ What happened today?” my dad asked. I began by saying I was walking up the stairs and saw that he wasn’t doing his work. Then my brother began by saying that I didn’t knock on the door like I was supposed to. After about 20-30 minutes we apologized to one another. Then we all got into the black fancy car and went out to eat.

When I think about that day, it reminders me that I don’t have to take care of him anymore. My parents can handle that and I can do what a kid is supposed to do at that age. That is a big relief for me. But it isn’t exactly easy to let go.